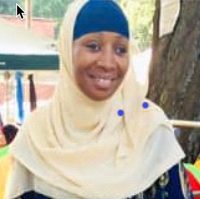 Hajjah Karimah Rashid’s passion for Islamic Eschatology can be traced back to when she was a very young girl, eleven years old to be exact. She used to preach to the elementary children on lunch break, about the Antichrist and the Last days. Guided to Islam at the young age of 14, Hajjah Karimah was very diligent in studying the End Times by way of the Quran and Sunnah. Due to her deep love for the Quran, Hajjah dedicated herself to learning Arabic as a means to build a bond with this vast ocean of Knowledge and Guidance, Al-Qur’an.

Hajjah Karimah is an African American woman who is a descendent of the victims of the TransAtlantic Slave Trade. She is a Registered Nurse with 20 years of nursing
experience. She specialized in Emergency and Trauma nursing, Neuro ICU, and Neuro Rehabilitation.

In 2008 she was introduced to the works of one of her most influential teachers, Sheikh Imran N. Hosein, whom she was blessed to spend one inspiring week with on the
beautiful Island of Trinidad and Tobago. After this one week, Hajjah and a small group from the U.S. returned to Trinidad to attend a six-month intense Islamic Escatology
program directed and hosted by Sheikh Imran. On completion of the program, Hajjah was blessed with the skills and knowledge to apply the Quran to the world we live in
today with in-depth thought and critical analysis. She traveled to over thirteen countries around the world and in 2016 after a very trying accident took place with her youngest daughter, Hajjah developed the &quot; Islamic Holistic Outreach Program for Everyone, initiative. This initiative consists of several different components but the most notable is the ‘Heel On Wheels Empowerment Training Program’ A two-week comprehensive empowerment program, that consists of twelve modules that focusing on Man, Food, Spirituality, and Akhirazaam, A Quran View. Hajjah Karimah is currently stationed in West Africa where she is working on two books. Her goal and focus is to bring humanity to the Highest Level of Knowledge and Insight that one can obtain in this earthly realm, which is Al Quran! 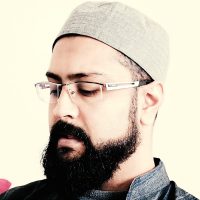 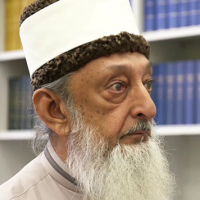 DONATE TO SUPPORT OUR WORK

“When a human being dies, his actions cease except for three: charitable endowments, a legacy of knowledge or a righteous child who prays for him”.
Prophet Muhammad (SAW)